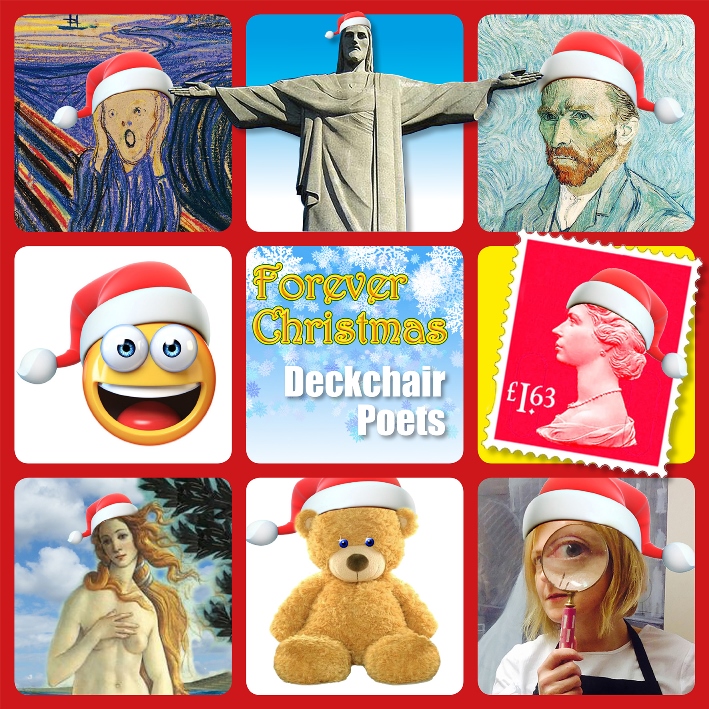 “It’s a heartfelt look at a special time of year for families, friends and loved ones, who are normally separated by time and distance from each other for the rest of the year,” says Lynden.

Deckchair Poets have released six albums; their latest, ‘Be My Pillow’ is released in spring 2022.

In this ‘super-group’ of a specifically progressive nature, Geoff is best known for his time with The Buggles, and their worldwide hit single, “Video Killed The Radio Star”. Presently he also mans the keyboards with the bands Yes and Asia.

Ollie plays guitar for London West End shows which have included ‘Evita’, ‘Jersey Boys’, ‘Motown The Musical’, and spent two years with Abba-centric ‘Mamma Mia’s international touring company. He is currently playing in the new musical, ‘Back To The Future’, based on the film of the same name.

US-based Nick has recorded with Genesis and Tears For Fears. He’s also a member of Big Big Train, whose albums have lately been gracing the UK album charts.

Also Stateside, Dave is best known for playing with Californian band, Spock’s Beard along with his work with multi-platinum album selling Iron Butterfly and Eric Burdon and The Animals.

Rachel is in The Beautiful Secret and Lynden was formerly in 70’s hard rockers Jerusalem.

“This Christmas number is basically our way of saying hello to all our old friends across the globe,” says Lynden.

“We want to wish them and theirs, and everyone else who makes the planet tick, not only a wonderful festive time for this Christmas and New Year period, but also a hope that all will find, and share, joy all year round.’

… if you like upbeat, clever, happy-happy pop-prog, give Deckchair Poets a whirl.”    Sea of Tranquility

This song streaming now  via this link

More from Deckchair Poets  via this link