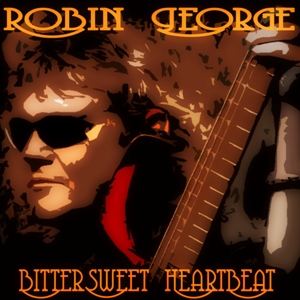 It’s just all from the heart with guitarist Robin George.

Lush production, mixed and mastered by the award-winning Klaus Bohlmann, ups the quality levels even higher, taking Robin to pastures new with ‘BitterSweet HeartBeat’, already pre-release being lauded as ‘a fresh masterpiece by the master of his art.’

Robin’s biography reads like a ‘Who’s Who’ of British hard rock and metal: find out more at http://www.robingeorge.co.uk/

5 Read Between The Lines

9 Castles In The Sky

12 Home From The Wilderness

Listen to the album on Spotify via this link: https://open.spotify.com/album/02qDdYxq3dbsknexpEYi0b?si=-HGVwT4xSSSmbtTHeUROiQ

on his latest release + life in the studio and on the road with Byron, Lynott and more