“…don’t be in doubt, there are some fine songs on here…”  Feedback

“A reissue of the original mix of the second and arguably best IGB album, makes a worthwhile purchase for those who didn’t pick up the album first time around.” More Black Than Purple

“A must for Gillan fans ….” Get Ready to Rock 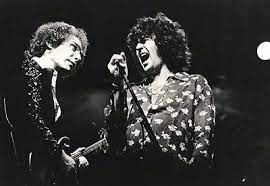 ‘The Rockfield Mixes … Plus’ is, in essence, the original mix of the second – and most acclaimed Ian Gillan Band album: ’Clear Air Turbulence’.

Mixed at the legendary Rockfield Studios in Wales, for some this is the definitive release.

But Gillan himself was unhappy with the results and the album underwent a major remix before release in April 1977.

It took another 20 years for the original to see the light of the day and this Singsong reissue brings a further three tracks plus a revealing interview with guitarist Ray Fenwick.

The Ian Gillan Band was born out the vocalist’s return to music after some years pursuing other projects.

Ian Gillan had ideas for a solo album (subsequently released as ‘Cher Kazoo & Other Stories’) and then invited Fenwick together with John Gustafson (bass), Mike Moran (keyboards) and Mark Nauseef (drums) to join him in autumn 1975.

The band’s first album ‘Child In Time’ was produced by Glover and surprised Purple fans in that it was departure from Ian Gillan’s performing style with Deep Purple, epitomised by a soulful version of the title track. This change of style was particularly evident on the follow-up album, with Colin Towns now on keyboards, and a jazz-rock influence permeating throughout.

The new direction was to last only until 1978 with Gillan folding the band to launch a new line-up closer aligned to more conventional rock trappings.

History looks more kindly on The Ian Gillan Band’s work these days and, reflecting perfectly the dynamic fusion nature it channelled, ‘The Rockfield Mixes … Plus’ affords a unique opportunity to hear classy (and for some, superior) performances from the original version of this 70’s rock super group’s best album.