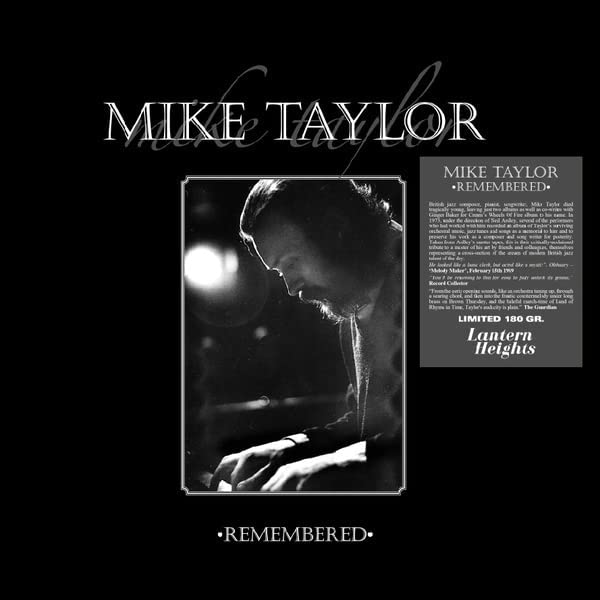 We’re delighted to share news of a beautiful vinyl release for Neil Ardley’s marvellous tribute to his colleague Mike Taylor courtesy of our partners at Lantern Heights Records.

One of the most gifted British jazzmen of his age, and one of the most audacious musical pioneers of all time, Mike Taylor died tragically young in late January 1969.

‘Mike Taylor Remembered’ was recorded over two days in June 1973 at Denis Preston’s Lansdowne Studios in London: a trove of Taylor compositions, it is performed by friends and colleagues in the New Jazz Orchestra

Jon Hiseman and Barbara Thompson knew Mike intimately and worked on much of this music with him; Ian Carr, who originally introduced Mike Taylor to Denis Preston, recorded two albums by Mike Taylor; Neil Ardley, as leader of the New Jazz Orchestra directed performances of his orchestral music; Henry Lowther and Dave Gelly featured Mike’s music with their own bands; and Norma Winstone was one of the few singers able to sing his extraordinary songs.

Also available in digital format: more information  via this link