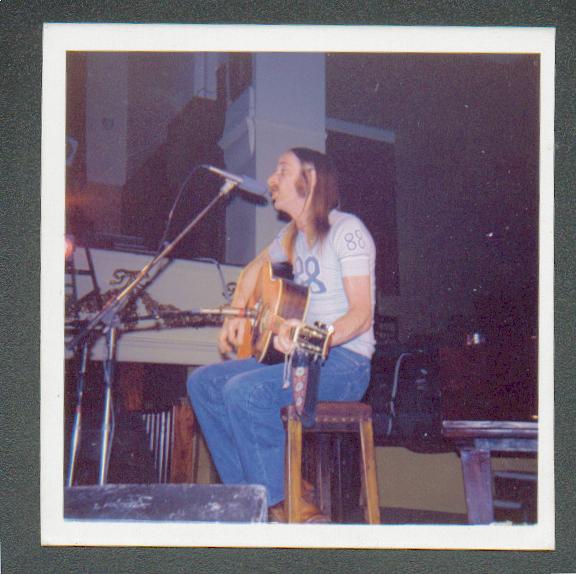 The recorded legacy of the genius behind one British folk rock’s best-loved and most enduring acts, Lindisfarne, resides not only his band’s back catalogue but in Alan Hull’s acclaimed solo albums.

All remain in print all these years after the maverick song-writer’s untimely death in 1995.

Powerful reminders of Hull’s talent as these are, none capture the magic and magnetism inherent in his live performance.

Recorded for local radio broadcast in November 1975 at Nottingham’s Clifton Polytechnic, “Alright On The Night” puts matters right, with Hull evidencing brilliantly how he could win over an audience with warmth, wit and a generosity of spirit.

The Clifton Poly set list contains a mixture of songs. From 1973’s debut solo album “Pipedream” came ‘Breakfast’ and ‘Money Game’, while “Squire” was represented by the title track, ‘Dan The Plan’ and ‘One More Bottle Of Wine’.

The only song from “Happy Daze” was ‘Gin & Tonix All Round’, while the Lindisfarne Mk I era was revisited with ‘Alright On The Night’, ‘City Song’, ‘Fog On The Tyne’, ‘January Song’, ‘Lady Eleanor’, ‘We Can Swing Together’ and ‘Winter Song’.

A must-have for fans, collectors and the curious!

Listen to the album now via this link