“An awesome piece of music and a great follow up to ‘Cellosphere’.” – DJ

An individual and compelling work from this British modern-classical composer and performer, 2001-released ‘Neptune’ is in the best tradition of Marvin Ayres’ catalogue of minimalist and ambient recordings incorporating special soundscapes and psycho-acoustics.

Ayres conceived the album as a ‘voyage of images’ (“I tried to capture it within myself in the guise of ‘Old Neptune”).

The work fuses his classical background with a more adventurous sonic ear, creating 10 pieces that explore the tonalities and textures of the electric violin, viola and cello, often layered or combined, multi-tracked and processed to create a broader palette.

He views these electric cousins as distinctly separate instruments from their acoustic counterparts.

“They have many advantages for a contemporary composer, which I tried to exploit,” he reflects. “Where their tonal range and response are limited, their microtonal quality and harmonics normally almost inaudible, more than make up for their ‘natural’ shortcomings.”

On first release, John Kelman for All About Jazz observed:

“Ayres utilizes these instruments, along with looping and other techniques available inside and outside the recording studio, to create compositions that fit within the Ambient music purview.  Although, like some of Eno’s best work, the atmospheres Ayres creates can comfortably blend into the sonic backdrop, they are also compelling pieces of music that can dominate and transport.”

Kelman noted the overall raison d’etre of Ayres’ work to be in creating moods and textures that are inherently restful.

“The dynamics and developments are so subtle that the shifts that occur throughout the album almost go by without notice — until your attention comes back from wherever Ayres has taken you, and you realize that there has been movement.  Ayres’ music is transcendent, evoking images and emotions ultimately unique to each listener. It’s all about utilizing music to evoke a mood, to provoke a gentle response.”

Ultimately, ‘Neptune’ is an immersive and transporting experience of enormous originality, undimmed by the passage of time.

Listen now on Spotify  via this link

More on Marvin Ayres  via this link 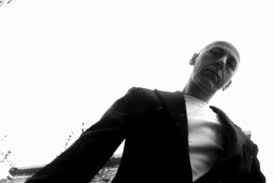 Marvin Ayres is a British modern-classical composer/cellist/violinist and ambient producer.

During his 20+ year career, he has composed and recorded a diverse selection of minimalist albums, incorporating spatial soundscapes and psycho-acoustics and latterly 5.1 Surround Sound.

He has also produced a number of film and TV soundtracks.

His collaborations with film artists have been screened at London’s Tate Modern, the ICA, The National Portrait Gallery and other international galleries and film festivals and on UK’s Classic FM radio.