“…a little slice of history of that marvellous period in British Jazz when it danced with rock music, as if the two were made for each other.”

“Camden ’70” bears testament to the potency of period modern British jazz talent in this live recording of a mid-tour concert at the Jeanetta Cochrane Theatre during London’s 1970 Camden Jazz Festival.

Riding high on the success of its debut release, ‘Valentyne Suite’ jazz rock ensemble Colosseum had embarked that summer on a major UK tour.

To best showcase the album, the band took Neil Ardley’s New Jazz Orchestra (NJO) on the road with them. It was a decision based on mutual synergy: the NJO had played on album track “Butty‘s Blues”, and Colosseum members Jon Hiseman, Tony Reeves, Dave Greenslade and Dick Heckstall-Smith were former alumni of Ardley’s big band.

Come the NJO’s own gig at Camden and Colosseum’s Dave Greenslade and Clem Clempson contributed to a show that measured how Ardley’s compositions had matured, complemented by those from rising stars Mike Taylor, Michael Garrick, Howard Riley and Michael Gibbs.

‘Camden ’70’ measures the extraordinary capabilities of a talent pool the like of which was not to be seen again in a jazz orchestra.

Also by Neil Ardley from Singsong Music … ‘A Symphony of Amaranths’ 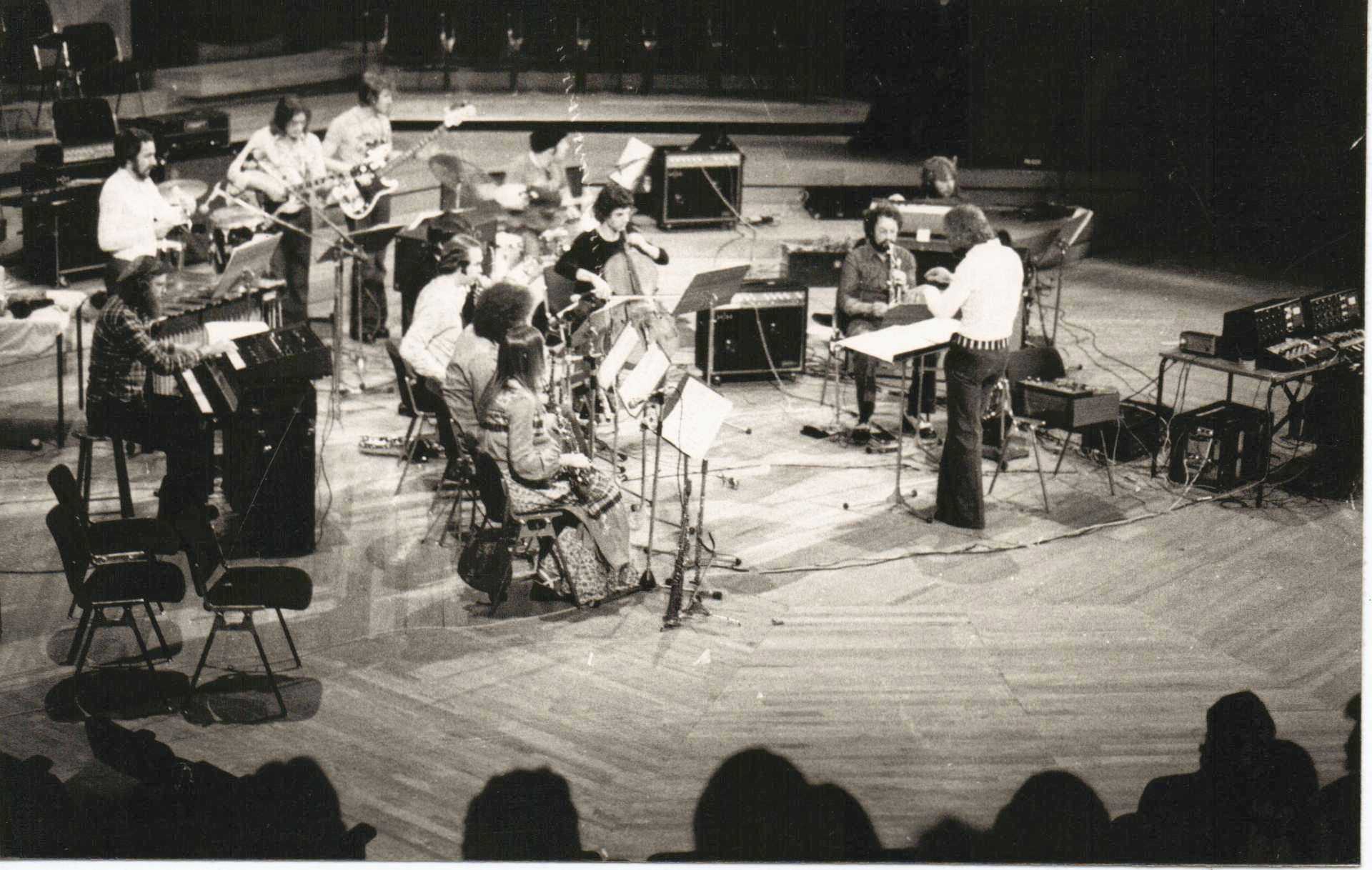