“A valuable addition to the discography of a singular and much-missed talent.” – Record Collector

In 1979, following his early career with Timebox, Patto, Tempest and Boxer, guitarist Ollie Halsall produced a solo album of his own compositions comprised in the remarkable multi-track recordings that make up ‘Lovers Leaping’.

Now in CD and LP formats  via this link

Shortly after, following an album and tour with John Otway, he joined Kevin Ayers’ band, with whom he spent most of the next 13 years up to Halsall’s death in 1992. 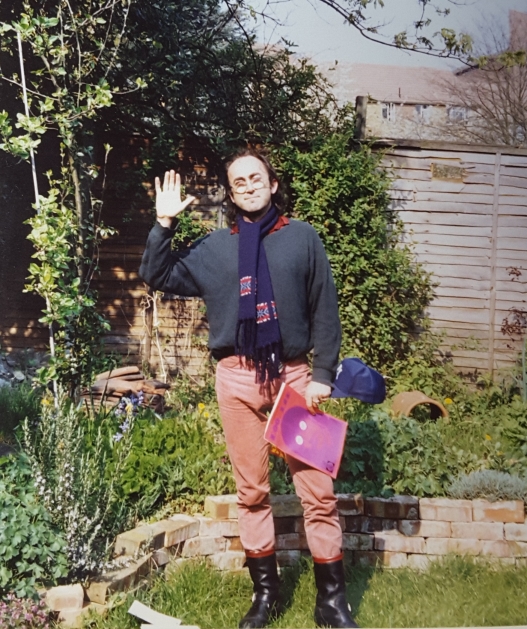 A virtuoso player, he worked with Vivian Stanshall, The Rutles, John Cale, Duffy Power, Andy Roberts among others benefiting from his skills. He even played on Petula Clark’s 1968 chart hit “Downtown”.

Not a guitar album, more about a singer-songwriter, ’Lovers Leaping’ survives as a unique record of an extraordinary musical talent.

This 2021 release includes revised cover art in a period self-portrait by Halsall and is also released on CD and vinyl.

More on Ollie at  www.olliehalsall.co.uk

3 Back Against The Wall

4 Crazy When I Fall In Love

9 You Need A Friend