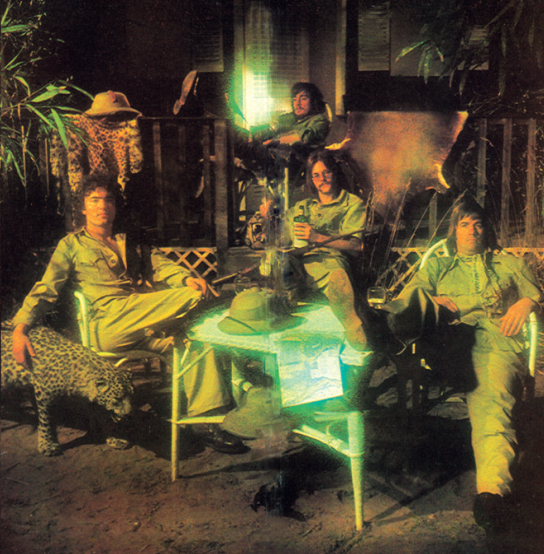 Title:    On The Frontier

They may have been relatively short-lived as rock acts go but this sole album release by British band Shoot still packs a punch.

Predominantly melodic country-rock, ‘On The Border’s remit to mix things up steers the material additionally to jazz, psych and progressive genres to outstanding effect.

Production values were high: engineered by John Leckie (Be-Bop Deluxe, Roy Harper, XTC) at London’s Abbey Road Studios in 1973, “On The Frontier” stand-outs include opener “The Neon Life” with its soaring harmonies, the haunting and expansive “Sepia Sister”, the arrangements of “Ships And Sails”, and the title track itself.

Shoot folded by the end of the year, McCarty going on to form a reassembling of both Renaissance and the Yardbirds in the bands Illusion and Box of Frogs respectively, leaving behind this tantalising one-shot record of a beautifully-realised vision.