Skip to content
Home/Singsong News/NEWS: MAKING THE ‘THE HAPPENING COMBO’ ..
Previous Next

NEWS: MAKING THE ‘THE HAPPENING COMBO’ ..

TREASURES FROM BEHIND A LOCKED DOOR…

The late Kevin Ayers was blessed to be supported spiritually and artistically throughout stages of his career by the strength of crucial friendships and relationships that he forged.

The survival of demos and outtakes is due to the dedicated custodianship of Marvin Siau who wandered into Kevin’s concentric circles in 1980 and never really left, eventually inheriting the mantle of musical shoulder, band leader, mussel cleaner, eel catcher (Kevin enjoyed his food), confidante and friend that Ollie Halsall had fulfilled in Kevin’s life for 18 years until his own untimely death in 1992.

Kevin was to produce an early Marvin album and, in another of those serendipitous connections that bind musical communities, Marvin was later to mirror Kevin’s earlier role in bringing ‘Lady’ June Campbell Cramer’s long awaited (22 years) second collection of lyric poetry to fruition in 1996. 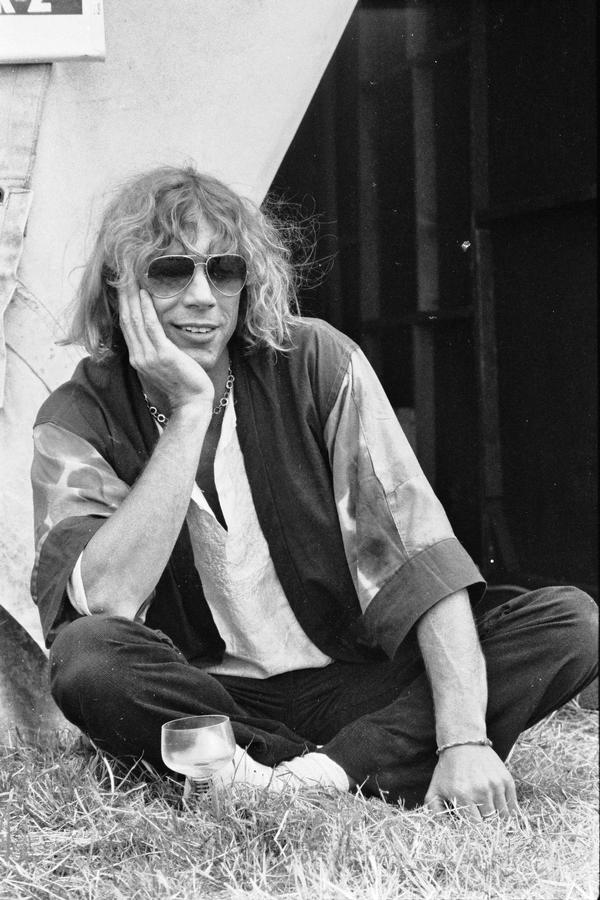 “I first met Kevin and Ollie at the famous Belgian Rock Werchter festival in July nineteen eighty, when I was twenty-two years old,” says Marvin.

“Kevin gave me his address in Mallorca, and two months later I visited him in his tropical paradise, Déià, an artistic community on top of a hillside, flanked by the Serra de Tramuntana and fronted by the Mediterranean Sea.

“When you arrived at Kevin’s house, you found it’s all about fishing, swimming and cooking.  I think I took advantage of the absence of Ollie then as Kevin seemed very glad to have someone around to play with instead of sitting in front of a tape recorder on his own.

“So he pretty directly asked me to come back again, which I gladly did.  In the beginning we recorded nearly day and night in his studio, making up one song after another.  The next time I brought along some demos for my album that Kevin would produce in nineteen eighty-four.”

In an era before home recording was the norm in every bedroom, Kevin famously owned a two track tape recorder which was loaned to the young Mike Oldfield to compose what would become ‘Tubular Bells’ and the foundation of the Virgin empire.

Conversely, in practical terms, Kevin was a reluctant custodian of his music – never materialistic or in a financial position to be so, he seemed happy with a well-thumbed notebook inside a guitar case, maybe the odd tape or cassette handed to a friend for ‘safe’ keeping, more often than not subsequently forgotten, never retrieved, sometimes trodden on.

Kevin’s tracks on this release are surviving demos recorded in New York in 1980.

With England in the grip of punk and Kevin’s tenure with EMI/Harvest at an end, the visit was an attempt to pick up some of the earlier groundwork laid in 1977 with a handful of gigs and an opportunity to record some demos to entice a new contract.

“Lay Lady Lay” was a rare cover version; possibly chosen to demonstrate the quality of the band through Kevin’s treatment of a Dylan classic.

The story did not end happily – there is a fire to these demos that could have been a turning point but, for reasons unknown, interest never materialised and the band returned to Spain, lesser versions of these songs to appear on Kevin’s release ‘Diamond Jack & The Queen of Pain’.

Says Marvin: “With Kevin’s permission I copied the New York demos recorded in 1980 from the master, which I’d heard blasting around his house a lot. I really love the songs, especially his overwhelming “Lay Lady Lay”.

“So I expected a splendid sounding new album, but I can’t express how disappointed I was when I heard the Spanish disco presentation of ‘Diamond Jack & The Queen of Hearts’.

“A bit later on, a new neighbour’s complaints about noise stopped further activities for good in Kevin’s studio.”

Throughout the ‘80’s and particularly post- ‘Diamond Jack’, Kevin’s creativity suffered and he was reliant on collaboration with Ollie who was far busier as a session musician across an eclectic selection of Spanish artists.

The lines became distinctly blurred on 1986’s  ‘As Close As You Think’ (equally Ollie’s work as Kevin’s) before a balance became clearer on 1988’s far more positive – and prophetically titled – ‘Falling Up’. 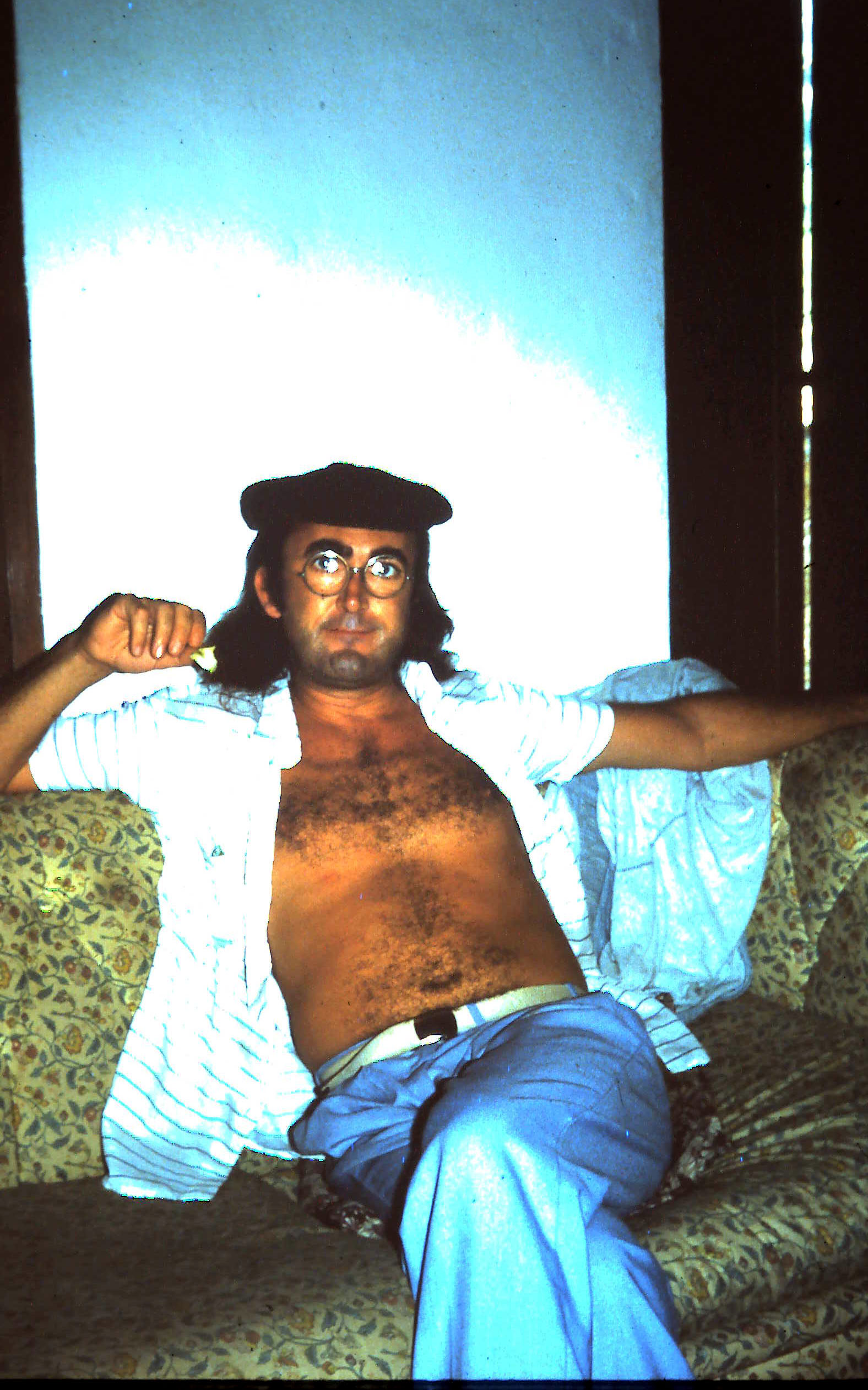 Ollie’s tracks are 1988 demos of songs prepared for Kevin’s 1992 release ‘Still Life With Guitar’ (reissued on the Market Square label). They are essentially his songs arranged and played by and with Ollie’s own guide vocal, preserved on cassette and later passed to Marvin ‘for safe keeping’.

“The demos of Ollie were handed over to me by Kevin to ensure they didn’t get lost.  They were recorded with Mike’s old gear and sound like Ollie playing solo, probably meant as demos for ‘Still Life with Guitar’.”

They stand alone as beautifully executed songs, certainly superior demos developed way beyond the first inklings of an idea. These tracks will serve to urge any listener to explore Ollie’s work and genius further (his lovingly tended archive at www.olliehalsall.co.uk is an essential starting point) but, in the context of Kevin’s story, they raise many questions.

Only “Ghost Train” appeared on ‘Still Life With Guitar’ and authorship is jointly Ayers – Halsall. The other three make no appearance in Kevin’s contemporary live work and, today, may be considered as truly ‘forgotten’ until their rediscovery here.

Marvin’s demo of “Another Time Before”, which was to become reworked by Kevin’s lyric and Ollie’s arrangement as “Another Rolling Stone”, can be found on Kevin’s ‘Falling Up’ release.

“Back in around nineteen eighty-six  the Mike Oldfield van arrived at Kevin’s house, full of gear to record the new demos.  Among my early demos was a song, called “Another Time Before” that Kevin really loved and kept coming back to.

“So after unloading and setting up the studio, this time downstairs next to the kitchen, Kevin asked me to play my song to Ollie, who recorded it on a cassette recorder.  The next thing I heard was that it was on the ‘Falling Up’ album in 1988, with a wonderful new title, splendid new words and Ollie’s magnificent arrangements.” 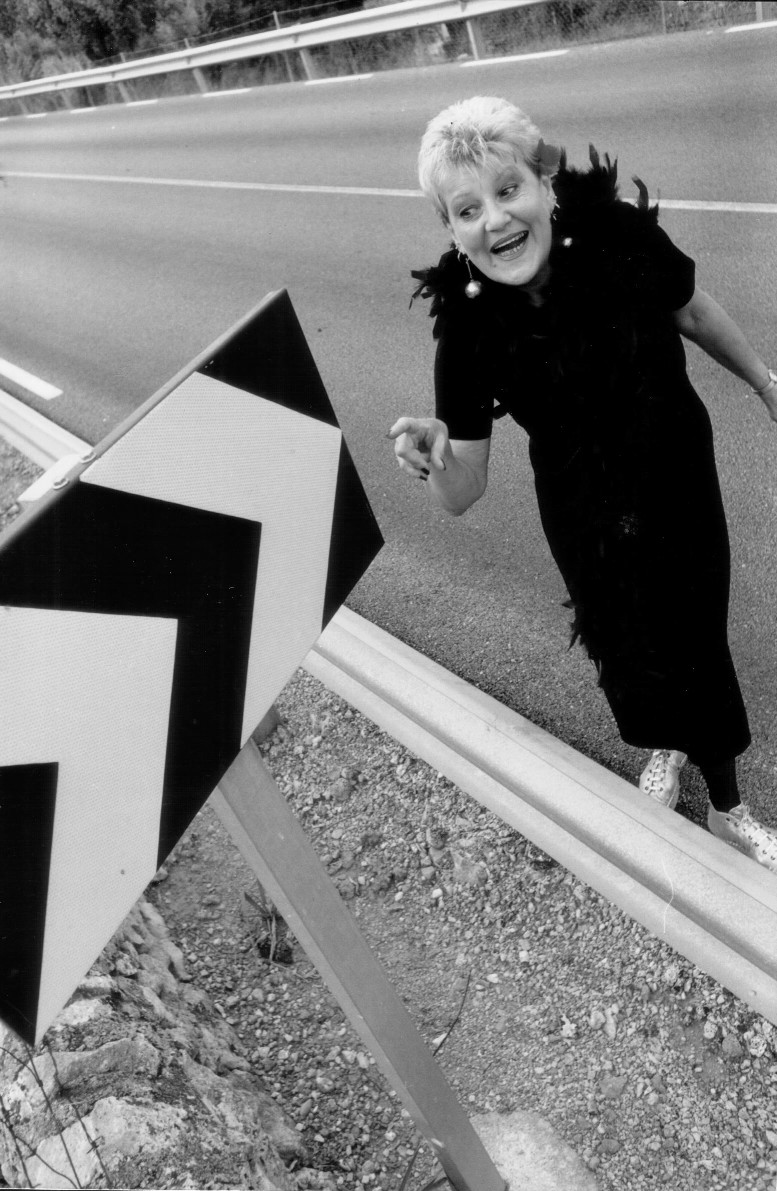 Possessor of a large flat in Maida Vale, June was landlady (hence ‘lady’) to an endless stream of musicians in the early 70’s including Kevin. A talented artist, poet, performer and under-appreciated catalyst, June found her own refuge in the artistic colony of Deià until her death in 1999.

The release of the ‘Hit & Myth’ collection was hard won but, like the cult ‘Linguistic Leprosy’ of 1974 (also reissued on Market Square), pulls together the efforts of a ‘who’s who’ of musicians.

Marvin was crucial in adding the finishing touches – June’s health was not good and both patience and funds were sorely tested. Marvin here includes two wonderful unreleased outtakes “Gemini” and

“Out of Season”; two other poems “Sea Cake” and “Fleas Dream Too” see Marvin’s original solo accompaniment augmented as a posthumous project in 2006 by violin and double bass and some remixing in keeping with the original production.

June would have liked these – and inevitably would have thrown another party to celebrate.

“After Ollie died I started to work professionally with Kevin, first as an acoustic duo.  One day he put me in touch with Lady June, to finish her second album ‘Hit & Myth‘.

“I had known her since I first visited Déià, even took her out for a drink and quick visit to Valldemossa back then.

“I didn’t know who she was until I found her book called “Uppers & Downers” on a shelf, but I hadn’t heard of ‘Linguistic Leprosy’ or anything else musical by her.

“So after being re-introduced to her at the Gong twenty-fifth anniversary concert at the Forum in Kentish Town, London in October nineteen ninety-four, she started sending me demos and came over to my place for a three week recording session in the summer of ninety-five.

“We recorded seven songs, five were on the album, two outtakes got finished ten years later, while two takes were rearranged with another singer.  Finally, four years, I transferred June’s leftover voices over it and – bingo, what you hear is what you get.”

Bingo indeed: these songs are survivors in the true sense of the word; treasures from behind a locked door.

More on the album  via this link