“Bits of Eastern influence, modern techno and loops mixed in with some classic Pink Floyd stylings. The musicianship is of the highest standard on here, with a good mix of traditional instruments and electronic programming.”  GET READY TO ROCK 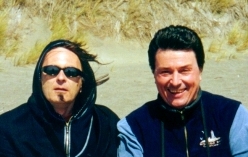 Quintessence was one of Britain’s most powerful and popular live acts of its day. In search of spiritual enlightenment, members converged on London in the late 1960s from different parts of the world, their music crossing the Grateful Dead and Hendrix with Ravi Shankar.

Unsurprisingly, the duo’s ‘Shiva Shakti’ release is a blissed –out experience.

Well-received on release, Jones and Beauvert were prompted to resurrect the Quintessence name, with more albums to come.

More on Quintessence via this link