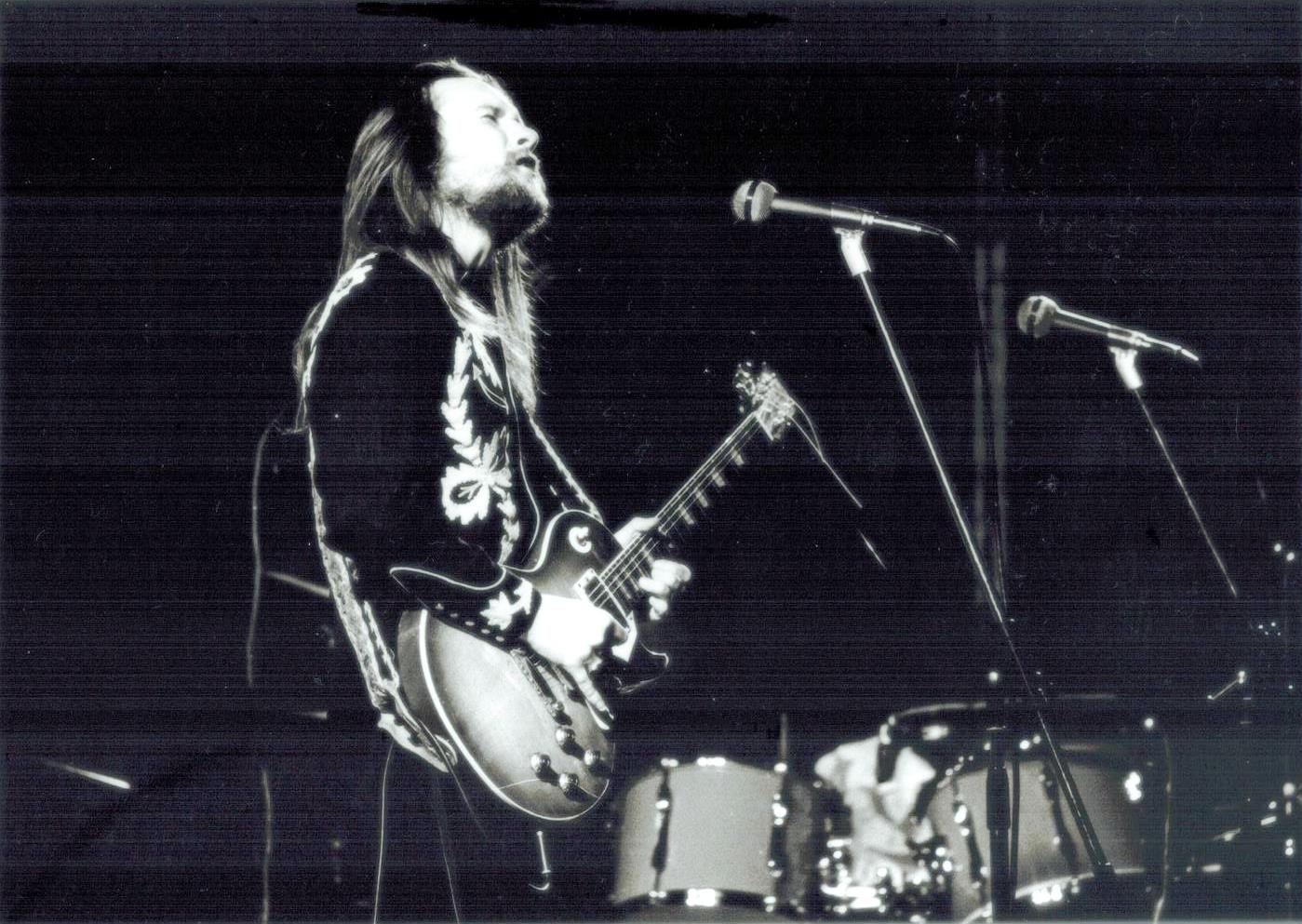 Then there’s his five-year membership of Procol Harum, prior to that Mick’s own band Cochise – and push the time button further, ‘60s popsters Plastic Penny.

Over the years, Mick and friends, when not performing with their respective bands, got together in studios the length and breadth of England, laying down covers of favorites as well as getting new songs nailed.

With the quality of performers making up this illustrious roster, the outcomes are impressive. And now they are being released for the first time.

‘Original Paint’ sums up the ethos of this dip into the Mick Grabham archive: the real thing, unadulterated, unadorned, 14 tracks brimming with the kind of playing that only comes from professionals, used to working together, tight and fast.

Reaching as far back as 1972, this terrific release from Singsong Music charts Mick’s ‘downtime’ from a super-heavy schedule or recording and performing, counter-balancing fresh interpretations of the hits of Bo Diddley, Holland and Dozier and Elvis Presley, instrumental John Barry along with self-penned compositions.

“Researching and selecting this material has been fun even exhilarating at times to do but not without some sadness as there are talents you get to hear on this album that have passed.

“I miss my fallen comrades but I am grateful I have the memories of our times together and that I am lucky enough to be able to share those moments today.”

Mick has written detailed notes for this album: about each track, who played on it and where, right down to which of his extensive guitar collection he played on the day.

‘Original Paint’ may fade with time but bring it out, clean it up, and the warmth and richness of its hues shine again, just as they were when the master’s brush rendered them, back in the day. 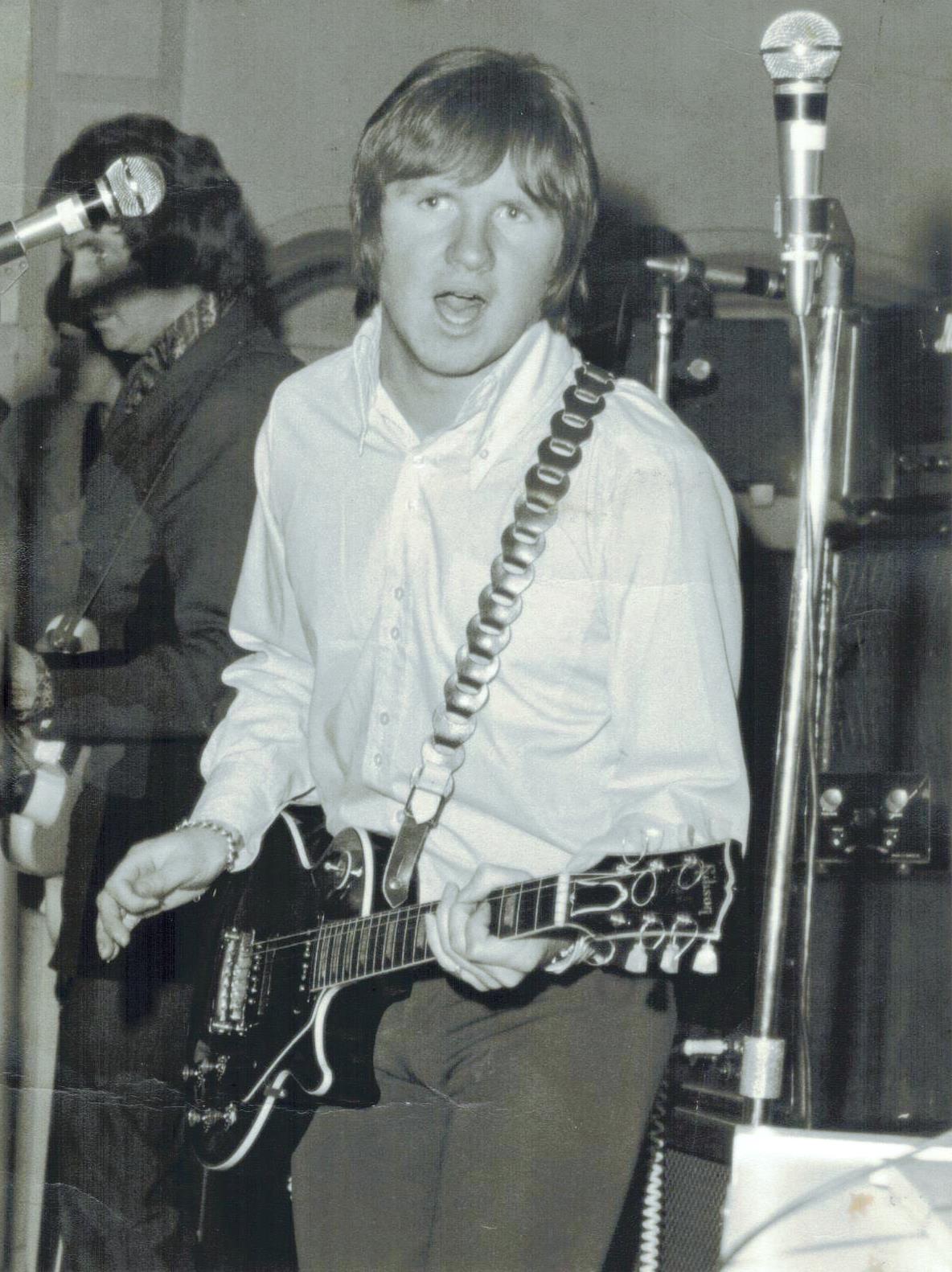 A native of Sunderland in north east England, Mick Grabham made for London the moment he realized he had both a passion and talent for music.

“Even before I left school, playing guitar was the only thing I wanted to do with my life,” he reflects.

The opportunity jumped into view in 1967 when a chance encounter with the burgeoning Plastic Penny put him in a van with the band heading south, newly recruited as its lead guitarist. 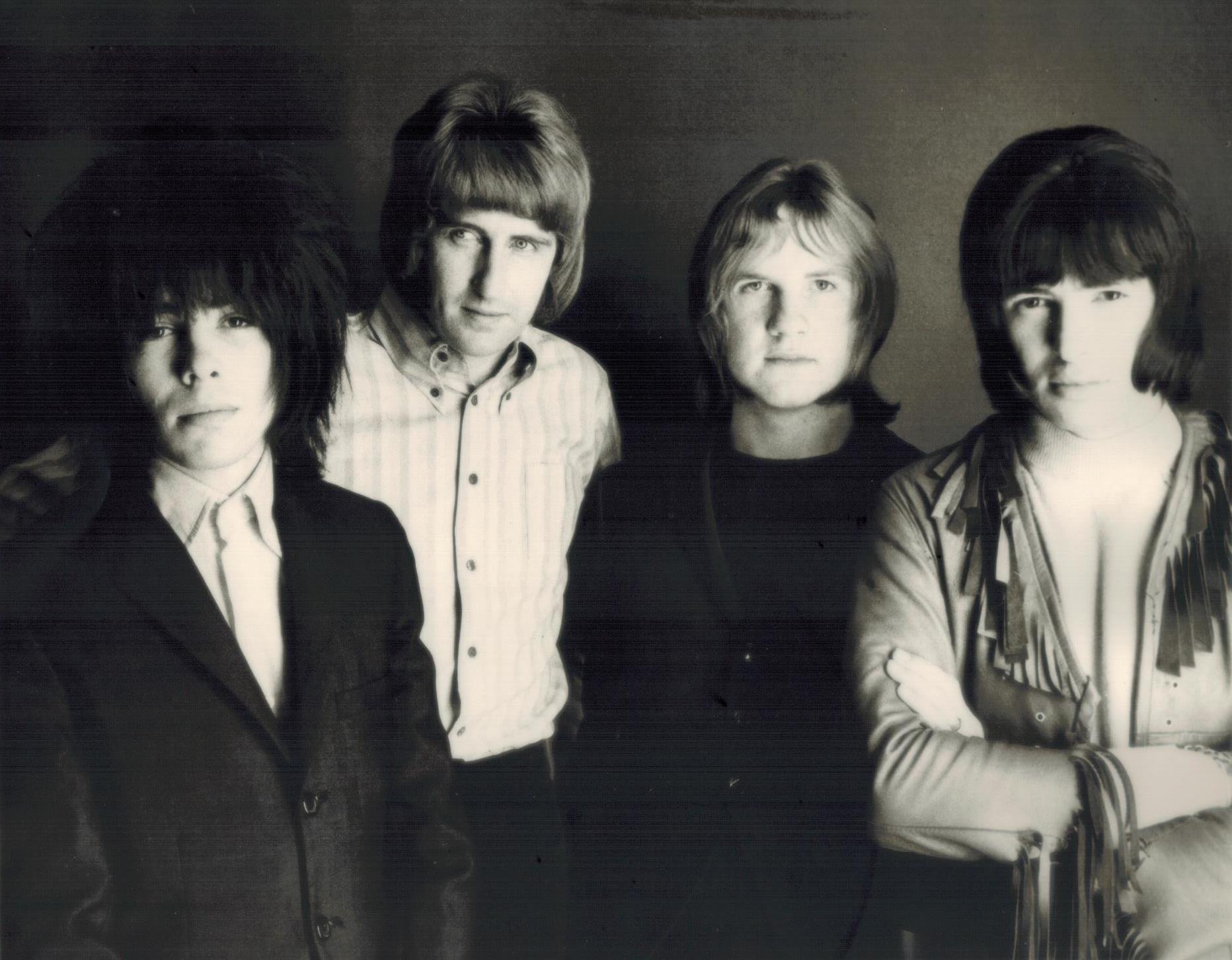 They also required a drummer so Mick recommended his friend Nigel Olsson joining a line-up including Tony Murray on bass player (later to join The Troggs), Paul Raymond on keyboards (en route to Chicken Shack and UFO) and singer Brian Keith.

Plastic Penny released a couple of albums and had a hit with “Everything I Am” but succumbed to the whims of the times.

“There was so much going on then, so many opportunities, so many doors opening all over the place, so we called it a day and moved on as there was no shortage of work,” says Mick.

Yet, while Plastic Penny agreed to call it a day, the band still had a further Germany tour to obligate. To meet this, Mick and Nigel recruited singer Stewart A Brown and bassist Freddie Gandy (both ex-Elton John’s Bluesology) to the ranks and headed for the ports.

Such as the success of the return to Germany that Plastic Penny got re-booked there. However, by now Mick had his sights set on a new project and with Olsson off to join Spencer David Group, Brown to Chicken Shack and Tony Murray to The Troggs, Cochise sailed into view in 1969.

The talent kept coming with Willie Wilson later a member of Quiver picking up the drumsticks and Rick Wills (later to join Peter Frampton, Roxy Music, Bad Company and Foreigner) on bass.

A key component in the band’s sound was the pedal steel guitar work of BJ Cole.

In interview later, Cole observed: “Mick masterminded the putting together of Cochise. His links with Dick James Music allowed us access to their demo studio in New Oxford Street. Elton John was recording his very first demos there.

“Mick was then, and still remains, a first-rate rock guitarist. His heavy rock style was tempered by a great respect for country guitarists like James Burton, and I just couldn’t wait to get the pedal steel out of its straitjacket.”

The interplay of this line-up was to give Cochise a unique instrumental sound.

A country band with heavy rock underpinnings, it fielded a yet wider range of influences, getting signed to United Artists and Clearwater Management joining a roster including Hawkwind, Trees, Skin Alley and High Tide.

Cochise’s self-titled debut well received, the band got to work on its successor ‘Swallow Tales’ but not before recruiting a new singer in John Gilbert from Mighty Joe Young. 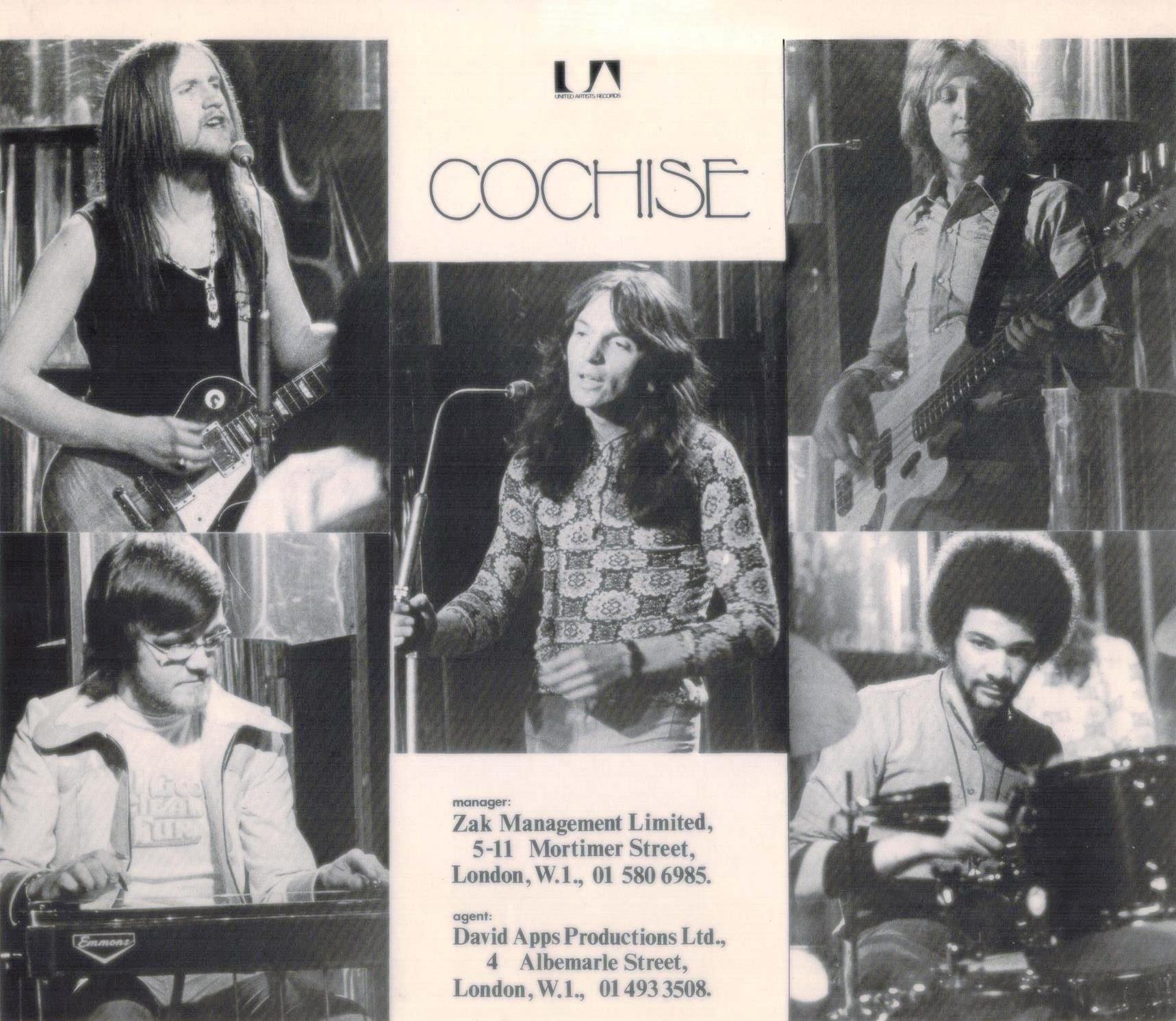 Cole and Grabham were becoming favoured session musicians by now, the latter working with Hookfoot and Ray Fenwick and befriending Elton John who had by now recruited Nigel Olsson to play alongside Dee Murray in his touring band.

Cochise’s third album, ‘So Far’ coincided with further line-up changes and a drift to a funkier sound that did not play to the band’s fans as ably as their former releases.

When American sing-songwriter Emitt Rhodes came to London, he recruited Mick to join his touring band.

“I was in his backing band with Ricky Wills and Tony Newman on drums,” says Mick. “His first album was fantastic and I was very impressed with the way he dubbed and over-dubbed so many instruments, especially as he’d played all of them!”

The Rhodes experience prompted Mick to record solo album ‘Mick The Lad’. Mick played most of the instruments and cut a later single in “On Fire For You Baby”.

“It did nothing commercially but at least John Peel liked it” says Mick. It makes its return on ‘Original Paint’.

Upon the demise of Cochise in 1972 Mick joined up with Ray Fenwick (at the time with the Ian Gillan Band) to form The Guitar Orchestra. 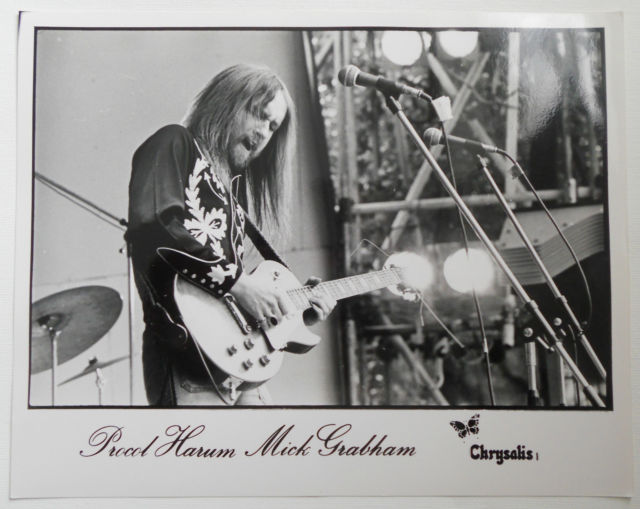 A year on and a call from Doug D’Arcy at Chrysalis consequented in Mick replacing Dave Ball at Procol Harum mid-recording for the band’s album ‘Grand Hotel’.

Mick’s tenure with the band included recording Procol’s ‘Ninth’ and ‘Something Magic’ and playing with the band on a number of world tours. 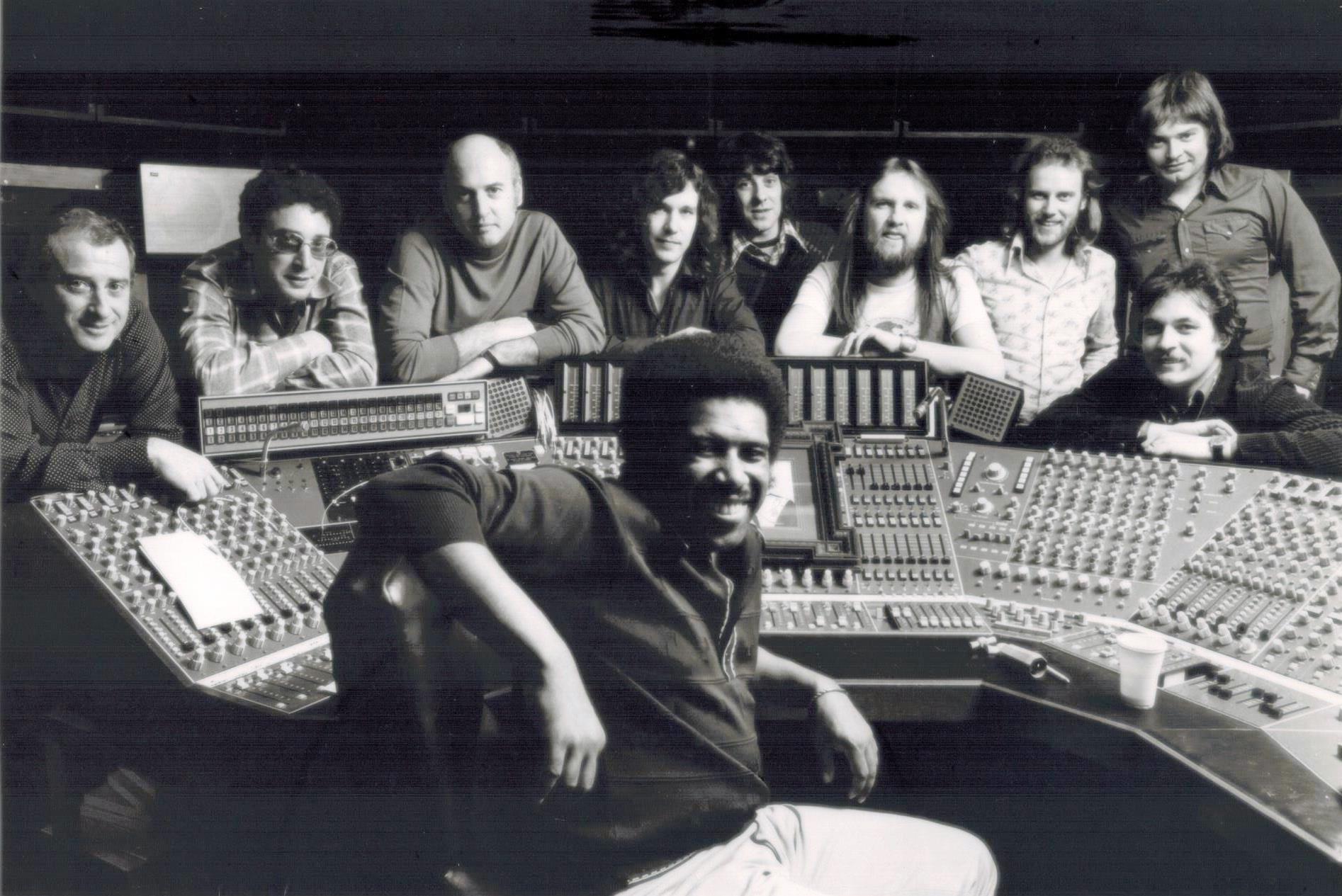 In between Mick played a lot of sessions and was a member of The Dukes and Bandit. “After that I was mainly playing with a little R&B act and then a tour with Fats Domino before forming Los Amigos with Rick Wills on bass and then working with Fast Buck in the 1980s.”

In recent years, Mick has focussed on his highly successful amplifier business. “I custom-build or refurbish them for London specialist retailers,” he tells us. “I’ve been working with the technology one way or another all of my life!” 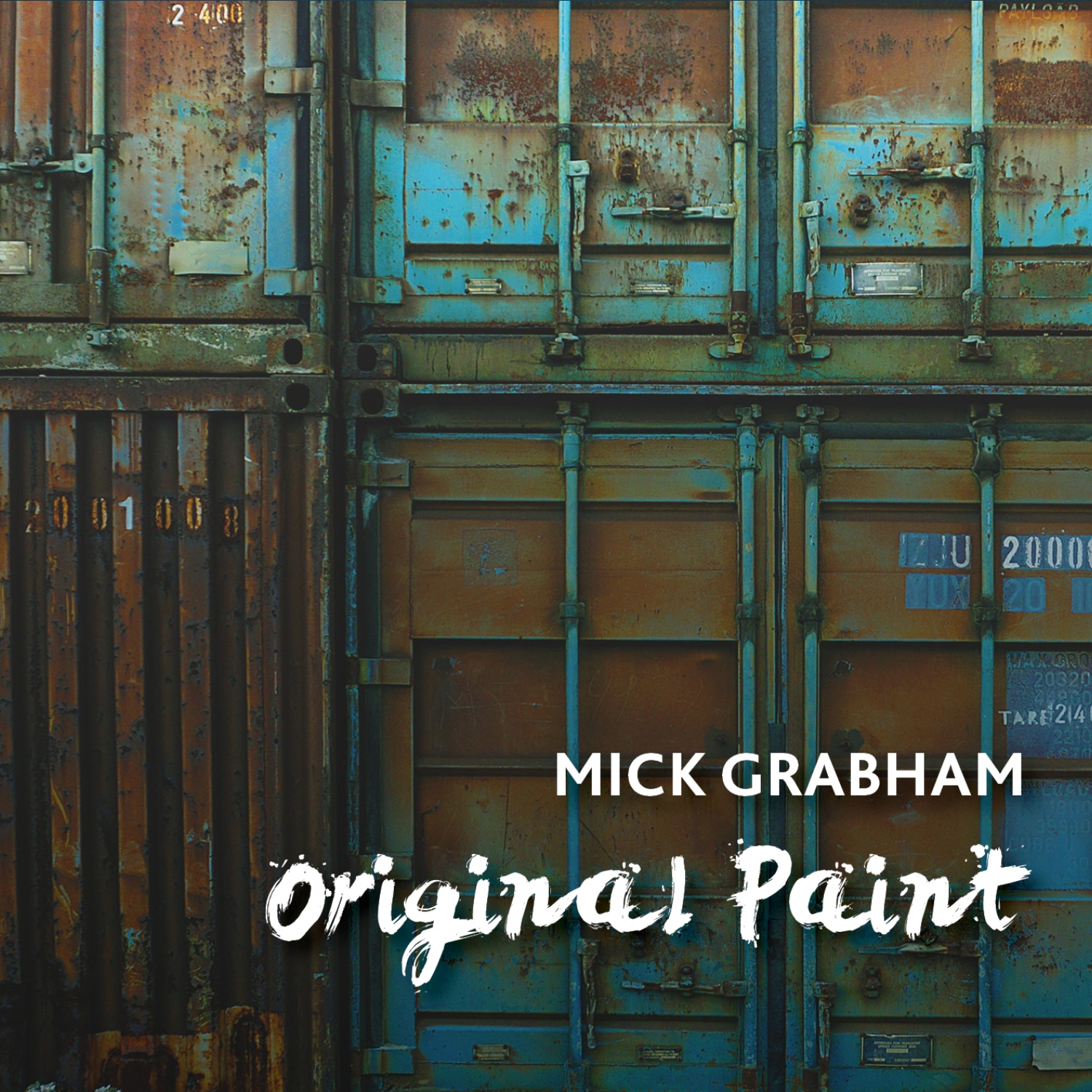 ORIGINAL PAINT: Mick walks us through the tracks …

More on ‘Original Paint’  via this link